It has been just over a week since we cleared the snow and ice off the greens in an attempt to allow the toxic gases to escape. We brought in more plugs on March 17 for observation. The plugs on top were taken the first week of March from various greens that we have had problems with in the past. You can most of them have some significant green turf while two do not look so good. 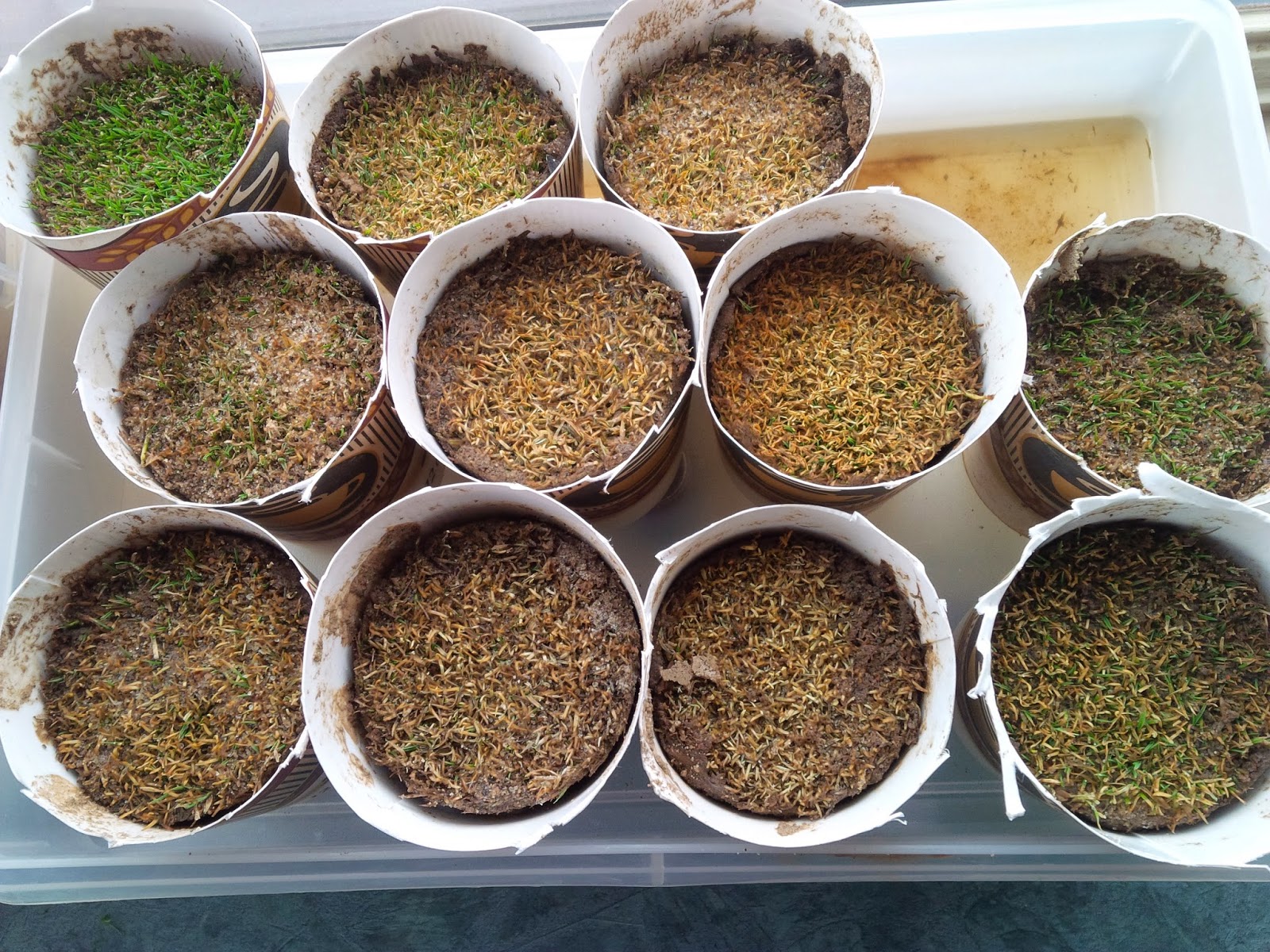 The plugs on the left were the samples taken March 17. The turf is severely discoloured. It is too early to tell how much of the turf is actually dead. 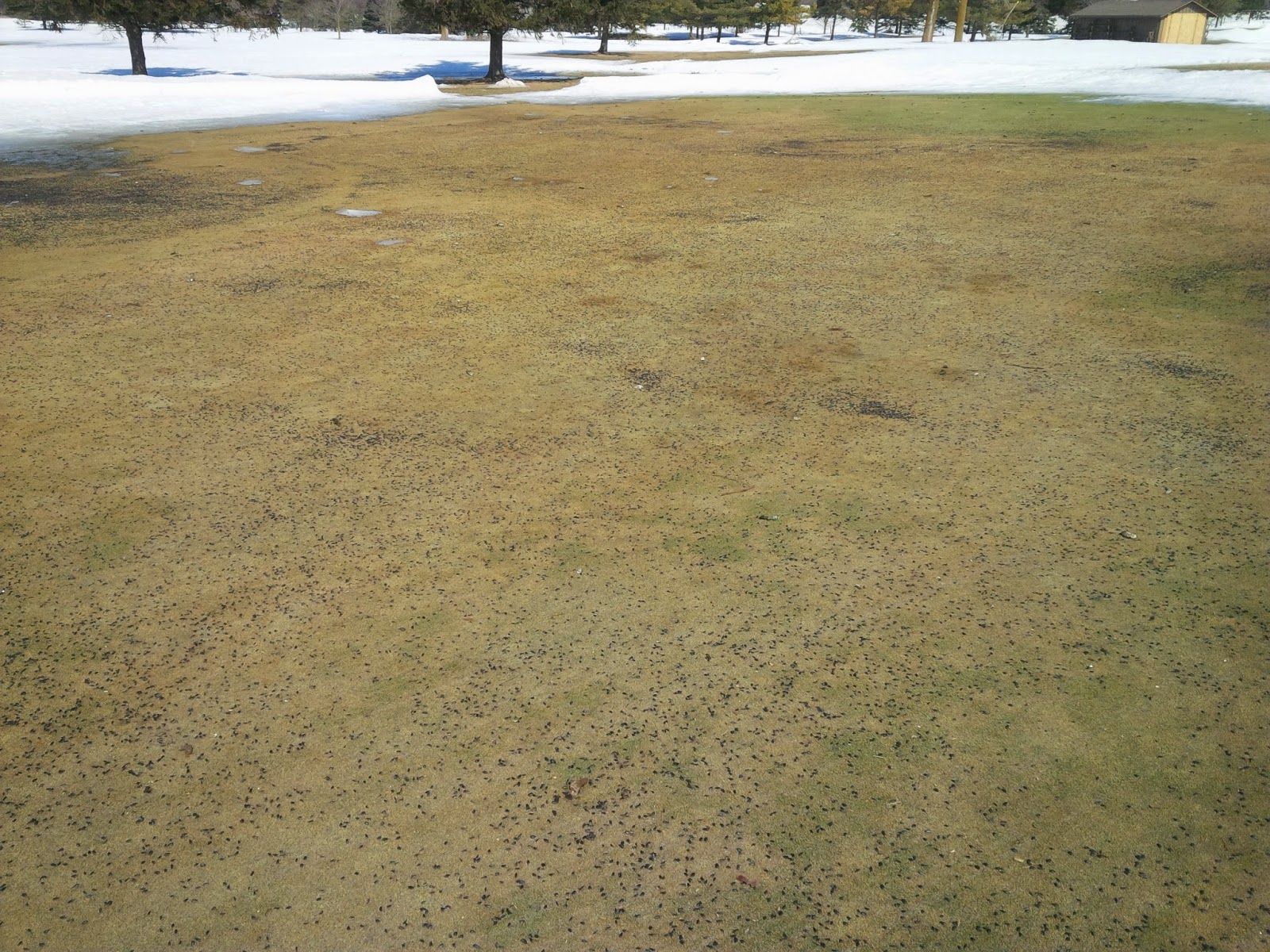 Yesterday (March 21) was the first day we had enough melt that I could see most of the entire green. The picture on the left is Green # 14. The green is severely discoloured. Some of the discolouring is just tip burn from the cold temperatures and wind. As I said before we will not know how much actual turf has died until the turf starts growing when temperatures rise. Unfortunately the weather is going to be below normal temperatures for at least another week. Lets hope for the best. Until next time….
David